Up to the end of the 19th century, throughout the celebration of Saint Agatha, local women concealed by black hoods with only an eye visible (known as ‘Ntuppatedde), were offered the unusual possibility to wink at men and ask for gifts.
In the past, when women were almost totally subjected to the men, fathers or husbands, this practice represented a moment of freedom and emancipation for them. Today this tradition, after more than a century of oblivion, has been revived, assuming strong symbolic, political and social meanings. 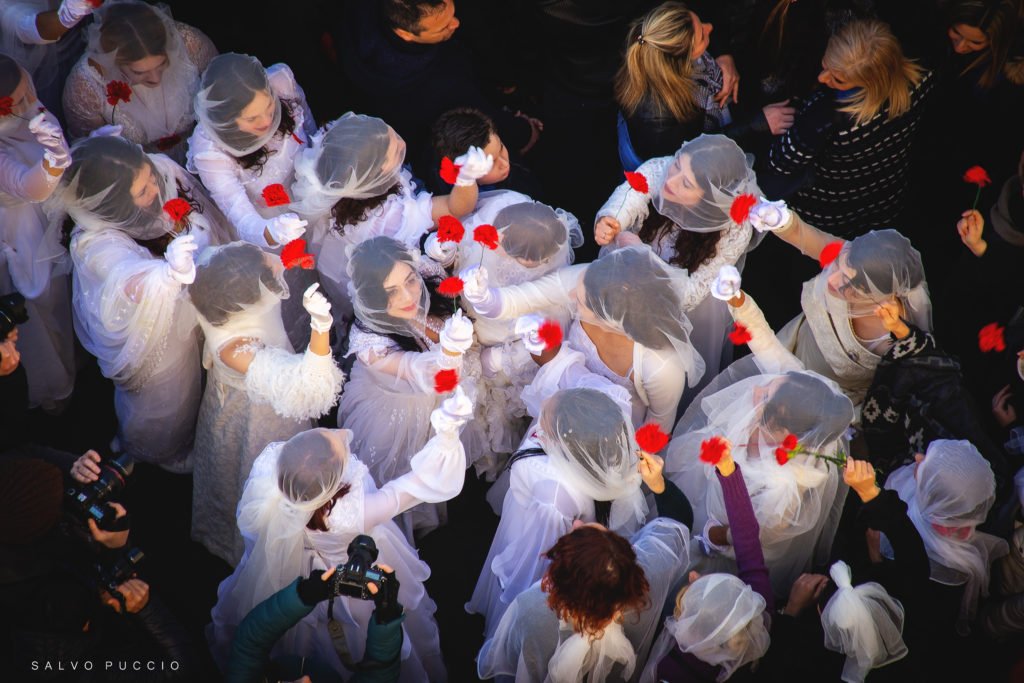